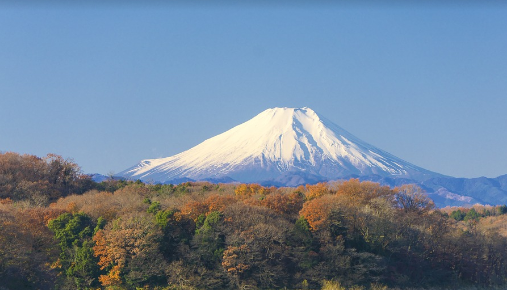 In Japan, the highest point is Mount Fuji. Its top is nearly 2.5 miles above sea level, while its base is 78 miles in circumference, spanning the borders of Yamanashi and Shizuoka prefectures. The mountain has been a volcanic cone for the past 10,000 years, with the last eruption being in 1707. Instead of being extinct, scientists think it’s just sleeping. Yatsugatake, a neighbouring mountain, was formerly taller than Fuji until the jealous and combative Fuji goddess Konohanasakuya-hime sought to topple it.

Each of Fuji’s six routes up the mountain is broken up into stations, with my intended route having ten. Since the opening of the Fuji Subaru roadway to the Fifth Station in 1965, the mountain has been subjected to an influx of tourists, resulting in an accumulation of waste and erosion issues. Mount Fuji’s strange symmetry and stunning aesthetic appeal have led many to assume it is a sacred site.

Yoshida, Fujinomiya, Subashiri, and Gotemba are the four most popular routes to the peak of Mt. Fuji. At the fifth and final station of each route, vehicles are stopped from proceeding. The Subaru Line Fifth Station is the most popular and well-known of all of Mt. Fuji’s stations (AKA Kawaguchiko 5th station). Most climbers would choose to start their journey from this fifth station because the road leading to it is open nearly all year round and is easily accessible from Tokyo. When hiking Fuji with Fuji Mountain Guides, we choose the Subashiri track to avoid the crowds, mix with the locals, and go at our speed.

The Yoshida, Fujinomiya, Subashiri, and Gotemba trails have ascending and descending paths. Every year, a group of climbers—typically tourists from overseas—reach the summit only to discover that they are now on the mountain’s opposite side. At this point in the journey, when descending from one 5th station to another, it is essential to pay close attention to your surroundings.

To reach the summit of Mount Fuji at sunrise, pilgrims stay the night in one of the unique shrine lodges at the mountain’s base, wash in the purifying water of the five lakes nearby, and receive a blessing from a priest. While as many as 10,000 Fuji-ko made the ascent annually in the 17th and 18th centuries, regular Japanese citizens and foreign tourists have since surpassed them.

You are free to begin your ascent at any time that is convenient for you; however, most climbers choose to get an early start in the evening so that they can reach the peak by early morning, in time to witness the goraiko, which is Japanese for sunrise. Not only is this an incredible experience, but it also brings good luck. It is said that if one watches the dawn from the summit of Mount Fuji, one will have a prosperous and happy life.

Watch out for symptoms of altitude sickness!

Despite the prevalent misconception that altitude sickness only occurs at high altitudes during flights, it can be relatively common when rising to such heights. Headaches, dizziness, shortness of breath, and nausea are all symptoms of altitude sickness. To avoid discomfort, you should plan to rest at each of the ten stations along the journey for a least 20 minutes to acclimate to the elevation variations. You can even sleep in cabins along the path, but you need to phone ahead of time to make bookings and pay a cost of roughly 6,000 yen to do so.

Mount Everest, or Sagarmatha in Nepali and Chomolungma in Tibetan, forms the dividing line between these two countries at the very pinnacle of the...
Travel Tips

If you're like our other clients, you probably have many questions about what to do to prepare for your wedding. Knowing what to expect...
Travel Tips

There's no substitute for getting out there and experiencing it for yourself.It makes no difference where you're going... The advice is helpful no matter...