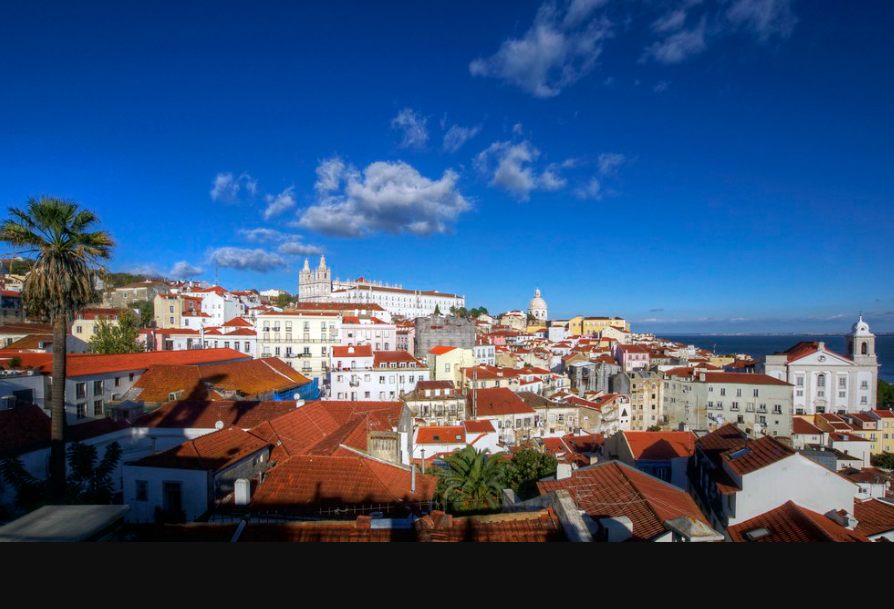 Lisbon is one of the most stunning and multicultural cities in Europe. It is a location that is inevitably connected to the sea, spread out over several hills near the mouth of the River Tagus. In the 15th and 16th centuries, daring explorers set forth from this location to explore uncharted seas and new territories. The memory of this illustrious Age of Discovery still permeates much of the city’s history and heritage.

Lisbon is a lively, colourful place to visit. The city is full with with a plethora of historical sites, world-class museums, and many other fantastic things to do that can easily fit into a single or multi-day itinerary. It is known for its sunny mood and warmth. You can roam through lush parks and gardens, the riverbank promenade, or the old quarter’s winding lanes. Lisbon’s hospitable nature and seductive appeal can rapidly win you over if you take things gently and unhurriedly as the natives do. Let’s check out some of the top attractions and activities in Lisbon.

The Mudejar, the Moorish, the Gothic, and the Romanesque are only a few of the architectural influences seen in Torre de Belém, which dominates the skyline of the quays along the water in Lisbon and soars to great heights. Since its construction in the 16th century under the patronage of Saint John, it has kept a watchful eye over the mouth of the Tagus River. Since then, it has become the city’s most recognisable aspect. It is famous for being the last sight that explorers like Vasco da Gama would have seen before setting sail into the immense Atlantic Ocean.

The angular Monument to the Discoveries towers above the Belém waterfront. This gigantic monolith leans over the River Tagus to evoke the prow of a caravel, the type of ship commanded by Portuguese navigators in the 15th century who sailed the world in search of new countries and new trade routes. The structure was planned that way. In 1960, this iconic structure was erected to mark the 500th anniversary of Henry the Navigator’s death. A stunning frieze of statues honouring the most significant people, including Vasco da Gama, Ferno de Magalhaes, and Pedro Alves Cabral, flanks the monument on either side, paying fitting tribute to all those who contributed to the growth of the Golden Age of Discovery. Henry himself is in the forefront, holding the caravel.

After paying respects to the entombed, visitors can ride an elevator to the observation deck and take sweeping views of the river and its environs. A significant pavement compass, a mosaic map of the world showing when and where each new area was discovered, lies buried beneath the esplanade below. This is one of the more offbeat places to take pictures in Lisbon

St. George’s Castle, the most famous of Lisbon’s tourist attractions, sits on a hill in the neighbourhood of Alfama, providing a panoramic view of the Portuguese capital below. This is a must-see for any visitor to Lisbon. Kids, in particular, will enjoy climbing the castle’s solid walls and towers, which surround a fascinating archaeological site and provide a stunning backdrop for photographs.

Even though a fortress has stood here since the Iron Age, it was in 1147 that Afonso Henriques defeated the Moors and their citadel, which they had defended against Christian invaders. A new royal mansion was built near the river. However, the Aláçova Palace, which the victorious king had rebuilt, remained the monarchy’s official residence until the early 20th century. (Part of the palace’s original foundation has been uncovered so far.) Most tourists are content to take in the breathtaking vistas of the city, the Tagus River, and the Atlantic Ocean that stretches out from the observation terrace.

Located in the heart of Lisbon, the Jerónimos monastery dates back to the 16th century and is a must-see for anybody visiting Portugal. It is located in Belém, a lovely area in Lisbon. Jerónimos, a temple and symbol of the richness of the Age of Discovery, was erected to celebrate Vasco da Gama’s 1498 expedition to India (construction was funded mainly by trade in the spices brought back by da Gama).

The magnificent and peaceful Manueline cloister and the incredibly ornate south gate are the Mosteiro dos Jerónimos’s standout characteristics. The tomb of Vasco da Gama may be found inside Santa Maria Church, not far from the main entrance.

The enormous Lisbon Oceanarium rises like a massive aircraft carrier out in the blue waters of the Tagus Estuary, where it is located. The building’s interior is home to many displays dealing with marine life; combined, these attractions welcome more than one million guests every year.

You can get quite close to the colourful puffer fish and observe the sharks as they hunt. You’ll interact with friendly penguins and marvel at the mysterious moray eels. There are other excellent exhibits of sea anemones and corals and an artificial boating lagoon in front of the building where you may rent a pedal if the weather is nice.

Lisbon’s historic Alfama District is equivalent to the tiny historic districts of other ancient European capitals. It enjoys the same status as Rome’s Forum as the city’s oldest district, but its history begins with the African Moors rather than the Latiac monarchs. Among the best things to do in Portugal’s capital is to explore the maze of little streets and alleyways that make up the neighbourhood. Splendid churches like the Lisbon Cathedral and tiny chapels with tiled facades pop out at every turn. There are also dozens of hidden squares with outdoor cafes and the remnants of the city walls.

It is common practice for long-time residents of Portugal’s capital to inquire of newcomers, “Did you travel to Sintra?” The magnificent town of Sintra continues to be one of the most popular tourist destinations in this region, even though it is an entirely different city and is located half an hour away from Lisbon by automobile.

Day tours are very usual. However, some visitors may wish to spend a few nights in the area to get the most out of their experience at this UNESCO World Heritage Site. Elegant baroque churches, colourful houses, and the stately palaces of previous Portuguese kings and queens can be found in this city, which is perched high atop the famous Mountains of the Moon and has a privileged location.

If you were to ask any tile connoisseur, they would unanimously agree that Portugal is the best place to shop. The enormous National Tile Museum of Lisbon is devoted to anything baked in an oven. The museum chronicles the development of tile-making and related technologies in Iberia, beginning with its introduction by the Moors.

Among all the displays, the blue azulejos are the most eye-catching. The country’s skill in ceramics became widely known thanks to these well-known art pieces. You’ll get to examine examples of various shapes, sizes, and styles and gain insight into the evolution of the beautiful ornamentation seen on their cobalt surfaces.

The wraparound plexiglass gives a great close-up view of this beautiful undersea world. Still, it would help if you also looked for less noticeable but no less impressive species in smaller aquaria, like the delicate sea dragon and the comedic clownfish. Exploring ecosystems is fun. The Pacific tank features two playful sea otters, while the Antarctic enclosure features lively penguins. The Oceanário de Lisboa, one of Portugal’s most prominent tourist attractions, has won international acclaim for its ocean conservation efforts. Most importantly, it’s great fun.

The Santa Justa Lift, a neo-Gothic lift, towers over Lisbon’s Baixa (downtown) region. It’s the city’s most unusual public transit. The elevator was designed by Raoul Mésnier du Ponsard, an apprentice of Gustave Eiffel, and opened in 1901. Its riveted wrought-iron frame and battleship-grey paint evoke the Eiffel Tower in Paris. It connects the Baixa to the Largo do Carmo in Bairro Alto, a popular neighbourhood with upscale stores, Fado residences, and small restaurants. Interested tourists now take the 32-meter ride to the summit in wood-panelled cabins with polished brass instruments. Cabins creak to a platform below the top terrace. Passengers can disembark and cross a bridge into Bairro Alto or ascend the spiral staircase to the upper terrace.

From the top, you can see pedestrianized streets, charming squares, the castle, and the Tagus. The adjacent Igreja do Carmo offers a great view. Expect summer lines. In 1892, Raoul Mesnier de Ponsard opened the Elevador da Bica, a funicular railroad in Lisbon. It climbs the steep Rua do Bica de Duarte Belo to a panoramic overlook. The lower station of this funicular railroad is almost buried by an “Ascensor da Bica” facade on Rua de S. Paulo (no. 234). Bica, a quiet neighbourhood from the Calçada do Combro/Rua do Loreto to the Tagus, is worth investigating. Due to its slope topography, narrow streets, and dense buildings, few cars travel here.