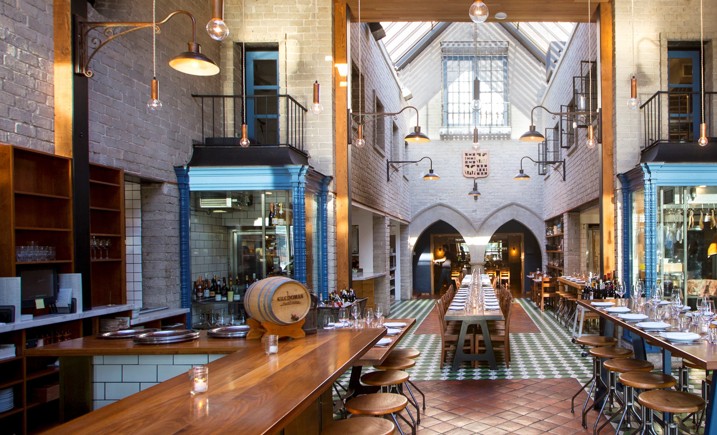 A long time ago, Los Angeles was perceived as a town full of people who were dieting and shoving lettuce leaves around on tiny dinner plates, but those days are long gone. The city is teeming with chefs who use the city’s produce, which is of exceptionally high quality, to create innovative pizzas, vegetarian dishes, and excellent morning food, all of which contribute to the city’s reinvention of the cuisine of California.
What we have here is not intended to be an all-inclusive list of the top restaurants in this city; instead, it is simply what we would do if we were in your position. Use this guide as a resource whether you’re just passing through Los Angeles and looking for places to eat or you’ve recently moved there and are trying to figure out where to eat.

Brunch at Republique is so popular that it draws people even during the week and on the weekends. Although they serve the evening, we recommend visiting during the day to have a meal in their grand dining hall illuminated by skylights. You should wait in line for up to thirty minutes at Republique because it is widely recognized as a powerhouse of French pastry. If you want to enjoy some crackly kouign amann, creamy black sesame eclairs, and rich guava coconut cakes, you’d better get there early. Brunch isn’t complete without a plate of french toast eaten while people-watching from beneath the castle-like arches. Its roast chicken, lobster mafaldine, fried rice, and freshly made pastries are some of the best in Los Angeles.

Fire-kissed meats, pristine raw seafood, and other dishes are prepared at Dunsmoor in Glassell Park, which is a restaurant that specializes in rustic American cuisine and has an equally woodsy atmosphere. The dimly lit and colorful dining room is designed for seating in large groups and features windows that look out over the bar and open hearth.

If you want to get to the meat of Los Angeles’s pastrami tradition, you must stop by Langer’s Deli. Since 1947, locals and visitors have been flocking to this Westlake landmark for its classic deli fare. You’ll need both soft rye bread pieces to hold the pastrami, Swiss cheese, and Russian-style coleslaw in this colossal sandwich. It’s the kind of sandwich that should be on every tourist’s itinerary.

Mes Amis, run by Chef Lincoln Carson, is a fancy hangout in Hollywood that comes with its redemption story. Along one of the city’s busiest new restaurant blocks, the former chef of Bon Temps has opened a new restaurant that serves brasserie-style cuisine with a modern twist.

Although the first location of this popular Sichuanese restaurant was in Alhambra, it has now expanded to West Los Angeles and Tustin, so you’re never too far away from one of its spacious dining rooms. Tea-smoked ribs, cumin-seasoned lamb on toothpicks, and smooth mapo tofu will all be on the menu. But be warned, the heat here isn’t going anywhere. Take the necessary precautions and maybe even request a cup of ice.

Redbird, which opened at the end of 2014 inside the historic St. Vibiana Cathedral in downtown Los Angeles, has quickly gained a reputation as a holy site for fans of regional California cuisine. Pistachios and cocoa nibs are used to make the foie grass crust. Chicken pot pie is characterized by a flaky, buttery crust that encloses savory fillings, including chicken livers, onions, and mushrooms. Apples and turnips, quinoa, and spinach round out the side dishes. Jasmine Corpuz takes care of the desserts, and Julian Cox mixes the drinks. A true all-star cast has been assembled.

Mother Tongue restaurant, located on North La Brea Avenue, is a joint venture between RSG Business (owner of various fitness and lifestyle brands, including Gold’s Gym) and TableOne Hospitality (a spinoff of chef Michael Mina’s eponymous restaurant group). The restaurant at Heimat is open to the public daily; members can also use the gym, personal trainers, spa, and other amenities. Mina says patrons can take an elevator from the parking garage to the restaurant’s exclusive entrance.

The rooftop area features a lounge pool, jacuzzi, and Mother Tongue, designed by famous architect Martin Brudnizki. Over a hundred people can be seated in the restaurant’s interior, and an additional sixty can dine and drink on the patio and bar, which span 1,500 square feet. Incredible city views can be enjoyed from this location.

Nobu has established as one of the world’s most famous Japanese restaurants with his fusion cuisine, which combines classic Japanese dishes with Peruvian ingredients. Enjoy breathtaking ocean views, outrageously pricey miso black cod, and a patio full of sunglass-wearing celebrities at the flagship restaurant of the Nobu empire. Having rock shrimp tempura at a beachfront fortress that looks like it belongs to a Bond supervillain guarantees you won’t be bored. The delicious sushi and the paparazzi waiting outside make the complex reservation process worthwhile.

Nick & Stef’s Steakhouse is an inspired version of the norm, providing the same level of decadence through the lens of a more laid-back Southern California atmosphere. There are wagyu rib eyes and dry-aged tomahawk chops, but the menu is well-balanced with extras like the foraged garden salad and pan-seared diver scallops. All of the opulent fixtures are present.

Calabra, which sits atop the Santa Monica Proper Hotel, is an opulent Mediterranean eatery with a private lounge, an outside patio by the pool, and swooping couches available for rent. People get dressed, and the music blasts as they sip mai tais at the massive circular bar. Located near to the beach, this building offers stunning ocean views, an abundance of interior design ideas for your future home, and the chance to share an elevator with a famous face.

Capri Club, located on the border of Eagle Rock and Highland Park, is now running for the title of “hottest location to hang out” east of the Los Angeles River. This aperitivo bar focuses on snackable Italian dishes and provides many amusing pours, making it a natural appeal for a younger and hipper crowd.

The Tower Bar is a hotel restaurant and bars famous for its ice cream sundaes and for being the site of angry talent agents hurling cellphones into the pool. If you hang out for an hour, you will see agents anxiously digging their burner phones out of the pool, worried managers sobbing in the corner, and the Olsen twins sapping the youth out of everyone who gets too close to them. The Tower Bar is a popular spot for business lunches. Still, we prefer to visit during dinnertime because there are almost always empty seats, and the setting sun makes for a dramatic atmosphere.